One of New Zealand’s most extraordinary characters, Chew Chong was born in 1828 in the village of Hoi Ping in China.

After various travels, he moved to New Zealand in 1866, basing himself in Dunedin where he collected scrap metal for export to China.

Everything changed for Chew Chong when he discovered an edible fungus, Auricularia polytricha. In 1870, he moved to New Plymouth and began his fungus trade. 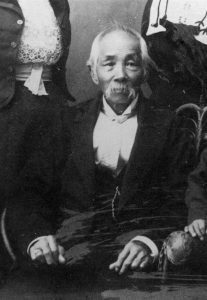 Eltham historian Don Drabble said Chong travelled the countryside to find the living treasure. “He had a horse and cart, and went from farm to farm selling goods and purchasing fungus.”

The fungus, also known as Egmont Gold, was sent to Dunedin. A shipping agent forwarded it to Chinese in California, Australia and China.

Among Chinese people the fungus was highly prized for its health-giving properties. It gave many impoverished Taranaki farmers a lifeline too.

By the late 1800s, while Chinese gold miners were being vilified in Otago, Chong was a highly successful businessman in Taranaki. He had general stores, butcher shops and fungus depots dotted around the mountain. He was skilled at acupuncture, and offered his services free to the sick during the 1890 influenza epidemic.

Also a key figure in helping to develop Taranaki’s dairy industry, he was responsible for producing one of New Zealand’s most enduring food items – the pound of butter – and used refrigerated shipping when sending butter to overseas markets. In 1890, he won a silver cup for producing the best export butter in New Zealand.

He was lauded during his lifetime. In 1911, he received a hand-written, illuminated address, signed by 85 of his contemporaries. He was also a family man. In 1875, when he was 48, he married 22-year-old Elizabeth Whatton. They had 11 children, though five died in the first few months of their lives.

Chong died in 1920, at the age of 92. Nearly 70 years later, he was inducted into New Zealand’s Business Hall of Fame.

Chong was known to be a generous man, who had a great sense of humour and was outspoken about the need for all children to be educated. “Many people came to love this little Chinese man,” Don Drabble said.

The Chew Chong story is one of an array of intriguing past and present Taranaki stories that can be explored on the Puke Ariki website.

Ashbury led a very strange and colourful life. Some of the stories about his existence are probably apocryphal. For example, was it really true that he gatecrashed the opening of the Suez Canal in 1869 by sailing ahead of the royal barge? The son of a powerful Manchester railway and foundry owner, James inherited a fortune that he set about losing. He challenged twice (unsuccessfully) for the America’s Cup in the early 1870s in his yachts Cambria and Livonia. 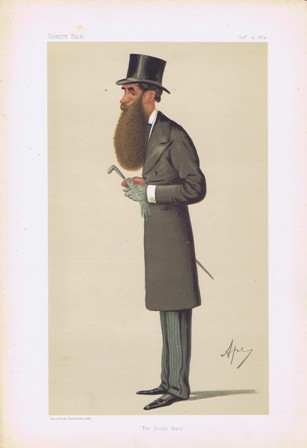 Embittered (he accused the New York Yacht Club of “unfair and unsportsmanlike proceedings”), James emigrated to New Zealand around 1885 and bought Merrivale Station near Otautau in Southland. His farming ventures ran into difficulties, and there were drawn-out court proceedings. James eventually faced bankruptcy and disappeared into obscurity in England.

The Taranaki Herald of 6 November 1895 reported that “Mr James Ashbury, a gentleman who a quarter of a century ago was one of the most talked of men in England and America and also well known throughout New Zealand … died from an overdose of chlorodyne, which he was in the habit of taking as a remedy for sleeplessness.”

The story concluded: “A very generous and amiable man, he experienced in a singularly severe manner the contemptible fickleness of the London world.” James Ashbury is buried in Kensal Green Cemetery in London.

Article reproduced with the permission of NZME. Educational Media